Abergwynfi is a village in the Welsh county borough of Neath Port Talbot. Abergwynfi is the first half of a village of two parts, the other being Blaengwynfi. The two villages mean “Above the Gwynfi” and “Below the Gwynfi,” which refers to the river that separates the two villages.  The River Afan flows from its source at the top of the nearby mountain through Abergwynfi and Blaengwynfi.

Abergwynfi and Blaengwynfi are generally referred to as “The Cape” by residents of the two villages and the neighbouring few. This term comes from when the villages were marketed as “The Cape of Good Hope” during the years when coal-mining was very important to the valleys.

Pen Afan Primary school opened in April 2009, although we did not operate from the current site until September 2009. Our new building is fantastic! The design incorporates the latest thinking in planning and layout, and reflects concerns about energy efficiency and sustainability.

The school caters for boys and girls through their primary years, with children starting in the nursery when they become three years old.

Classrooms are all equipped with the latest in information technology, including whiteboards, new computers and sound systems.  Classroom furniture is mostly brand new and therefore specifically designed to complement the design and the curriculum. 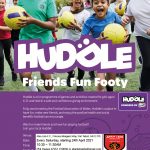